9 Things You Can Find out from DNA Tests Humankind is fascinated by its origin – most of us would like to know where we came from and what our genetic inheritance is. Our desire to find more about ourselves as species has been fueled by the development of medical technology and DNA testing, which are making progress even while you’re reading this. That’s why a growing number of people all over the world is deciding to take a DNA test to discover different things about themselves. The possibilities of various discoveries through DNA data are huge. If you have wondered what exactly can you find out about yourself from your DNA results and how can you benefit from that information, here’s what you need to know.

Through a DNA test, you can find out if you have a specific variant of the FTO gene. This gene can make you approximately 1.6kg heavier than people who don’t have this gene. It’s assumed that 16% of the population has two copies of this particular gene, which means they will be around 3kg heavier than others. Another very important fact about this gene is that people who have it are also under higher risk of developing diabetes.

People who have a particular version of the Klotho gene are prone to live longer than those who don’t have it. The secret behind this isn’t simply in a “magical longevity gene” – this gene is believed to affect conditions that are usually connected to age, like stroke and heart diseases, thus creating an opportunity for a longer life.

Through DNA testing, it is also possible to discover specific mutations in the genes BRCA1 and BRCA2. These mutations greatly increase the chances of developing breast cancer, as well as ovarian cancer. It’s very useful to know this information early, as many people who know that they have this gene take any necessary precautions to prevent this type of cancer or to try to detect it early. These precautionary measures even include preventive double mastectomies. This devastating neurological disorder is caused by a mutation in the Huntington gene. It is present in one in ten thousand people who are of western European descent. More precisely, just one of the two copies that we have needs to be defective in order for the disease to develop at a certain age.

For this disease to develop, both parents have to be the carriers, having the chance of 1:4 of having a child who will develop the disease, namely,  a child that has two defective copies. In the UK, 1 person in 25 carries one defective copy of this gene.

This disease, also called FAP, is an inherited condition that is caused by mutations in the APC gene. This condition causes cancer of the rectum and the large intestine (colon). Polyps that occur because of this condition can in time become malignant. 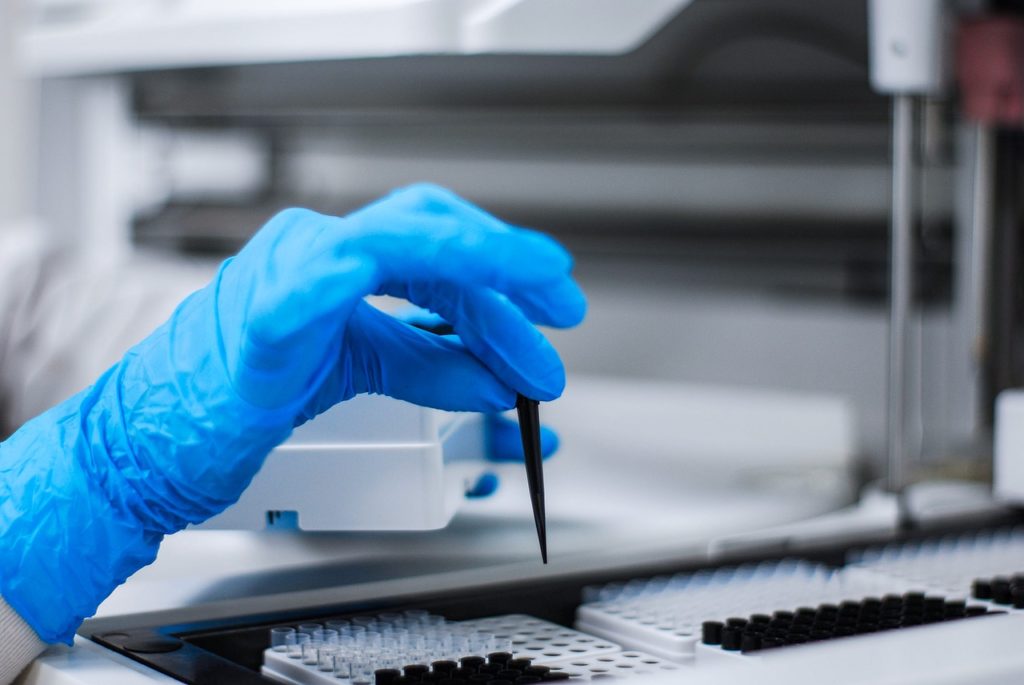 A DNA test can show why a person is red-haired. More precisely, many redhead people have a different version a specific gene thanks to which there will be no dark hair pigment.

On the other hand, four different genes are mutually responsible for determining eye color – DNA testing can determine with 97% certainty whether a child will have light (blue and grey), dark (black and brown), or hazel eyes.

DNA testing gives precise results on whether certain people are related to you or not. It’s frequently used to determine paternity, but other family relationship DNA data is also used to see if you have a sibling you don’t know about or if you are trying to find a lost relative. Many people use DNA testing to create their family tree, too. Of course, it is advised to be prepared for the results, as some family secrets could be revealed in the results.

There are various methods that genetic service companies use to determine ancestry. Most frequently, these tests usually refer to comparing your DNA data to reference DNA which represents the specific population from a specific geographical area. Of course, these types of test can’t be 100% sure of where your ancestors lived, as can’t make a direct comparison with DNA of people who lived hundreds of years ago. Another issue here is that various groups of people aren’t equally represented in the reference population, which affects the precision of the results. For instance, people with European genetic pool are much more present in the reference data than people with the Asian background.

In general, DNA testing can bring you a lot of benefits from different areas of life. It is a good way to protect your health as much as you can, and maybe find out some interesting things about yourself in the process.