5 Things You Can Do if Your Gums Are Bleeding 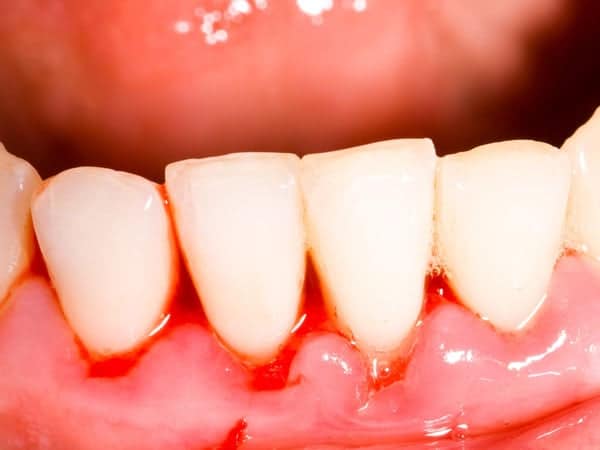 Do you want to know what to do when your gums are bleeding? When you brush or floss your teeth and spitting blood, it isn’t at all the normal condition. So, there is a need to stop it as soon as possible. Typically, bleeding gums can cause due to the inadequate plaque removal. Plaque is harmful to your teeth that affects healthy tissue of the gums and teeth. Plaque makes your gums inflamed; as a result, your gums bleed when brushing or flossing. This condition is the initial stage of gums infection and said to be gingivitis.

Typically, gingivitis condition is painless, and the bleed in gums is the only symptom of this condition. So, if you are also with the same condition then no need to worry you can easily treat and completely reverse this condition. You need to pay more attention to your oral dental care.

Gums is the very smallest part of your body but have a big job. It is well saying that good dental health keeps you more healthy and even keeps your smile sparkling. You shouldn’t ignore bleeding gums whether you see this occasionally or every day. So, first, you need to know about the causes of bleeding gums after that the symptoms. Here you also come to know about the legitimate things to do if you have bleeding gums.

As mentioned at the start that your gums start to bleed because of plaque. Plaque involves various bacteria which constantly builds up around, in, and on your teeth. If you ignore and left it as it is then:

However, there are some other causes behind the bleeding gums. These includes:

There are some symptoms of bleeding gums:

Now, come to the things that you need to do whenever you notice that gums are bleeding.

5 Things That You Should Do When Gums Are Bleeding:

Get pure sesame or coconut oil and begin swishing with one of them in your mouth. You should swish it approximately 10 to 15 minutes. For the best result, you should repeat the same process once daily.

Take some aloe vera gel on your fingertips and gently apply it to the bleeding gums. Make sure that the gel completely sits on the affected area before rinsing your mouth. To get the best and immediate results you need to repeat the same process maximum 2 to 3 times daily.

Aloe vera contains the best healing properties. It is quite effective to reduce the inflammation and bleeding due to its anti-inflammatory properties. It also has the anti-bacterial properties that help to fight against oral pathogens that cause of bleeding gums and disease like gingivitis.

There is a need of baking soda with a cup of warm water.

Baking soda is capable of killing the bacteria in your mouth due to the anti-bacterial properties. It can immediately kill the bacteria that cause your gums to bleed. Baking soda is quite effective for your entire mouth even best for removing plaques and the bacterium stains of your mouth. You can also ask your dentist for further recommendations.

Apple cider vinegar fight with combat infections due to which bleeding in gums occur. Moreover, apple cider vinegar is a natural antimicrobial agent that helps to remove plaque and although fight against the bacteria in your mouth. It also has anti-inflammatory properties that can reduce swelling, redness and inflammation in your gums.

There is a need of the only 1tsp of mustard oil

Mustard oil is best for treating oral infections and inflammation.