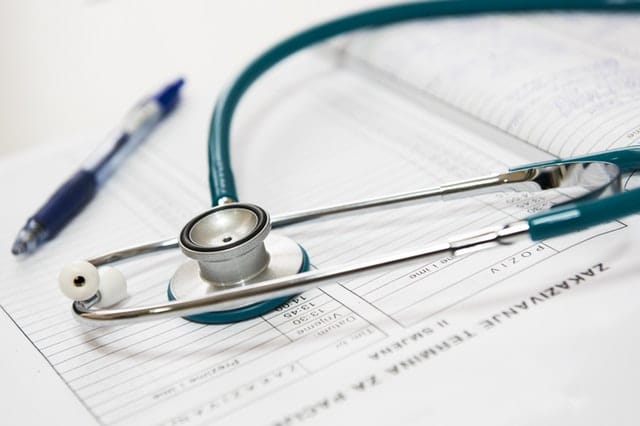 Any time you schedule a visit to a medical doctor’s office, or you are rushed to the emergency room of a hospital; you expect a certain level of medical care. Regrettably, the standard of the care you receive varies widely from one hospital to the next. An in the worst scenario, the healer could end up being the killer. If the patients are lucky, they escape with severe conditions that could be chronic.

Here are shocking stories where healing hands turned into crippling or killing hands.

A New York fertility clinic impregnated a lady— Nancy Andrews—with the sperm of a total stranger, and not that of her husband. The mistake only surfaced in October 2004 when the baby expected to be born of white parents turned out with dark skin.

Succeeding DNA tests showed that the baby’s biological father was of African origin. Though the family kept the child, the coupled pressed medical malpractice charges against the clinic and against the specialist who allegedly unintentionally mixed up the samples.

CBS News shared the story of a Mexican teenage girl (17) who had resided in the US for three years, pursuing medical solutions for a fatal heart condition. Yes, she did get a heart and lung transplant, but the specialists at Duke University Medical Center failed to check for blood type compatibility.

The surgeons did a second transplant, to correct the error but that worsened the situation sending Jesica into a coma. Two weeks later, she died of Brain damage and several other complications caused her death to occur two weeks later. The hospital announced that human error caused Jesica’s death.

Doctors at the Park Nicollet Methodist Hospital amputated the wrong kidney during surgery. The specialists were to remove one kidney which was thought to have a cancerous tumour. It was until the pathologist in charge at the hospital observed the cut-off kidney and found no evidence of cancer. Luckily, for the patient, the questionable kidney remained functioning. The patient’s family later requested that the details of the case be concealed.

Back in 2001, the USA Today featured an article reporting the one typical example of medical misconduct which occurred to Saturday Night Live alumni Mr Dana Carvey. Nearly two months after the double bypass surgery that was meant to preserve the man’s life, Mr Carvey got news that the specialist had missed one of his wrong arteries.

The specialist in charge admitted it was an honest mistake due to the unusual positioning of the patient’s artery in his heart. But Dana Carvey considered it negligence and filed a $7.5 million charge against the doctor and the hospital.

5) A Hole drilled on the Wrong Side of the skull

Another case of the medical malpractice went down at the Rhode Island Hospital. This time around the surgeon did a procedure on the wrong side of a patient’s head. And to make it worse, the infirmary was making the same mistake for the third time in a year.

This specific case took place on Nov. 2007. A surgeon started a brain surgery procedure for an 82-year-old all wrong by drilling a hole on the right side, instead of the left side despite the fact the CAT scan had indicated that the patient was bleeding on the left side of the brain. The error was spotted and before things went out of hand. Though the patient survived, it should be remembered that one of these three similar incidents claimed the life of an 82-year-old man that year.

A 67-year-old woman who was assigned a pen name of Joan Morris was rushed to a teaching hospital for a cerebral angiography surgery. On completion of the operation, Ms Morris was mistakenly returned to a different room where other doctors picked her up for an open heart procedure instead of being discharged as planned earlier.

After a full hour on the operating table, a different doctor walked in inquiring what they were doing to Ms Morris. That’s when they noticed it was a mistake and called off the procedure. Though Ms Morris was taken back to her room stable; the unnecessary surgical process increased the risks of stroke, heart attack, infections, and internal bleeding.

In 2008, Esmin Green rushed to Kings County Hospital’s emergency room and waited in vain for 24 hours to be checked by a doctor. In the end, she collapsed dead in the emergency room. Hospital employees and other patients watched him die on the floor but did nothing to intervene. Where else should we go when feeling unwell if specialists won’t attend to us?

8) A man undergoes surgery without anaesthetics

Whether the title looks weird or not, it did happen. This patient woke up in the course of surgery but was not able to inform or send signs to the surgeons that he or she is conscious and can feel all the pain as the surgeons work on him.

73-year-old Sherman Sizemore was initially supposed to undergo surgery to find out the problem with the man’s abdominal region as he reported sharp pains. In the process, Mr Sizemore went through a rare condition medics describe as anaesthetic awareness and was able to feel all pain and discomfort.

The resident anesthesiologists did not give the patient the general anaesthetic that would keep him numb until 16 minutes into the process. According to members, the trauma of this experience drove the minister suicidal a fortnight after the surgery.

All these medical error stories are too horrific to imagine going through them or having a relative or pal suffer. It is essential to maintain a trusted physician who can connect you with other dependable practitioners in the industry. But if the worst happens, you can always file a dispute to ensure the healthcare facility is held responsible.