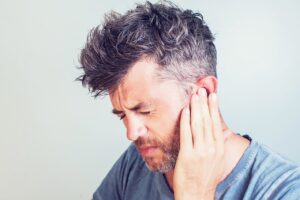 In a lot of ways, there is still a great deal of mystery surrounding the condition known as tinnitus. Though audiologists have been treating tinnitus for decades, many questions remain about what exactly it is and what causes it. One of the most commonly asked questions is: Is there a cure for tinnitus? In this article, we will discuss that question and finally put to rest the concept of a cure for tinnitus. What is Tinnitus? Before delving into the issue of whether or not the condition known as tinnitus is curable, it’s important to first provide a quick overview of exactly what living with tinnitus entails. According to Harvard Medical School, over 50 million Americans deal with tinnitus, which is a condition that is characterized by ringing, buzzing, humming, or any other persistent noise in the ears that no one else can hear but you. Tinnitus is specific to each individual person, so the sound that you hear may be very different from the sound that someone else is experiencing, according to soundrelief.com. In addition, tinnitus may be caused by a number of factors, including structural damage to the ear, exposure to loud noises over a period of time, […]

How to Get Water Out of Your Ear 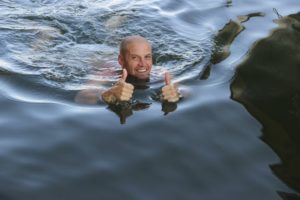 Are you wondering how to get water out of your ear? Worried about it leading to fungal infection? Having water stuck in your ear can be extremely infuriating. It’s another thing to clog your ears with wax or debris. You can always clear it with a q tip or by pouring some ear drops in the earlobe. The sensation of having water stuck in your ear usually runs from your jawline to the neck region. This is what makes it so annoying. It gets in the way of your work and keeps you distracted all day long. Furthermore, when you feel your ear getting plugged by a fluid and also it obstructs your hearing, generally, it is water trapped inside but in some cases it can be something else(ear wax or fungal infection) as well. So, don’t come to any conclusion beforehand. Having said that, the simple and easy solutions I am going to share below have no side effects. You can give it a try without worrying about anything.  Here are the best ways to get water out of your ear 1) Create a vacuum in your ear with your finger The easiest way to unclog your ear–filled with […]

END_OF_DOCUMENT_TOKEN_TO_BE_REPLACED
Leave a comment ear, How to Get Water Out of Your Ear, water in ear