Complete Background on Phimosis and the Adult Circumcision Surgery 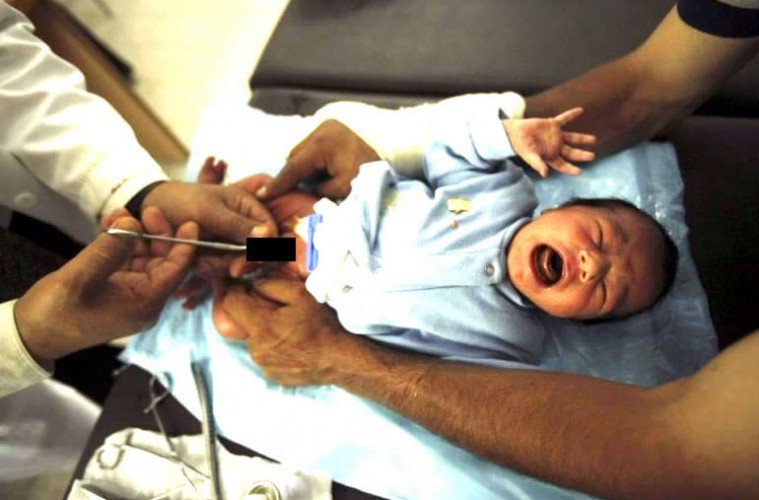 Phimosis is a medical condition that most doctors define as the inability of the foreskin (or prepuce) to retract behind the glans of the penis. This is most common in uncircumcised men and according to research; the best cure for this problem is the adult circumcision surgery.

According to research, most males who are born with problems like congenital phimosis, which is a benign, condition common in most infants as they transition later into childhood. Studies also show that about 4% of infants have a retractable foreskin at the time of their birth and about 90% do by the age of three years. Other records show that males who do not have a circumcised foreskin are also at a greater risk of having problems like phimosis. This could occur due to poor hygiene or underlying medical conditions such as diabetes mellitus.

If the condition is in its early stages, the chances are greater that it remains a treatable medical problem. However, failure of proper medical treatment can prompt the need for a traditional circumcision.

In the early 20th century, the buried penis was a problem that people would describe as a penis of a normal size lacking an appropriate sheath of skin and having a location beneath the thigh, abdomen, or the scrotum. In children, this is a common problem, usually notable in obese boys. On the other hand, it is also a common problem in adults and a Circumcision Center circumcision remains the best solution to treat those individuals. However, it is sometimes not possible for doctors to diagnose the problem until adulthood when the increase in fat deposition accentuates the problem with the penis.  There so many classifications of the buried penis that proposes the problem, although there is no specific universal recognition.

History of the Adult Circumcision Surgery

Historically, circumcision stands out as the earliest possible operations. The main reason for the surgical procedure was for several social or religious reasons. The practice was common because of the commandment in Jewish law and as a rule of maintaining cleanliness in the religion of Islam. Although there is no specific mention in the Quran, men widely practice this act. In biblical terms, mothers were the ones responsible for the circumcision of their newborn sons, overtime; mohels were the ones who took over. In ancient Egypt, priests would be the ones to perform the surgical procedure with their thumbnails (gold impregnated).

The adult circumcision surgery for problems like phimosis has descriptions in textbooks that date from the early 19th century. The surgical procedure is one that involves the removal of the foreskin of the penis. Where surgeons make small incisions on the penis and nip off the excess skin. Many studies also suggest the circumcision surgery helps to lower other problems such as UTIs (urinary tract infections). In order to put this up in the right perspective, the likelihood of men having such problems if uncircumcised is 40%. It also helps to lower the risks of malignancy. It keeps problems such as posthitis and balanoposthitis away. It also prevents the risk of STDs (sexually transmitted diseases such as Syphilis, HIV, and more.

As mentioned above, the best ways to get rid of problems such as redundant prepuce and phimosis is to undergo the adult circumcision surgery. You need to know that this is an old surgical procedure and with advancements in medicine, there are better ways to perform this surgical procedure. These include:

This surgical procedure is one that surgeons perform through making incisions using a scalpel in the mucosal and outer surface of the prepuce. This removal takes place in the form of a ring tissue. Further, electrocautery is what doctors use to stop the bleeding. It involves the passage of direct or alternating current through a resistant metal electrode wire that generates heat to stop the bleeding. This surgical procedure then ends with thin and absorbable suture closures of the incisions. For further closure, they use paper wound tape closures to prevent the tension on the sutures and seal the wound.

Another novel method is the laser circumcision. As this procedure takes place, the removal of excess foreskin takes place, utilizing laser beams. This procedure of circumcision is a helpful one and it prevents bleeding and creates smaller wounds. It is precise and only excess skin removal takes place. This surgical procedure ends in about twenty minutes, it is a less painful, and the period of recovery takes place within a few days.

The circumcision procedure decreases most problems that lead to severe health problems. If you experience anything different with such a sensitive area of your body, it is advisable that you seek medical help as soon as you can.