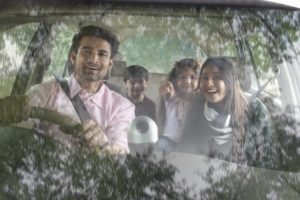 Air pollution is a rising concern for people in the Indian subcontinent. A recent study published by IQAir reported that 13 out of 15 of the world’s most polluted cities are in India. With such worrying statistics, it’s natural to have health concerns. The declining quality of air is raising concerns and is affecting millions of people breathing in an apparent gas chamber. Even though air pollution is extremely bad for the health of everyone – children are the ones who are most affected. The extent is so much that 2.2 million or 50% of all children in Delhi have irreversible lung damage due to air pollution. If these numbers are heart-wrenching, you would be shocked to know how harmful air pollution is in your car and what it does to your children on a daily basis. A car air purifier in India is a necessity, and you will know why! What’s in Your Car? Air pollution outside is a menace and a cause of concern. If your child travels with you in the car often, either to school or tuitions, they are getting exposed to air pollution in worse ways. That’s not all – the air pollution inside the […]

END_OF_DOCUMENT_TOKEN_TO_BE_REPLACED
Leave a comment How harmful are cars to the children