Wake Up to a Refreshing Feeling With the Orthopedic Therapeutic Benefits 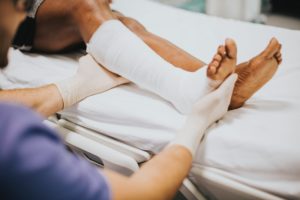 Physical Therapy, commonly known as physiotherapy was practiced in the US to get rid of the pain which was affected by Polio during the early 20th century. It helped Polio patients to learn to use their remaining muscles to get through daily activities. Then some of them were trained to practice the professional physical therapy by operating soldiers affected during WW1. Maximum they helped to cure the patients with head and spinal cord injuries. Later when it took an immense jump in requirements of physical therapists they were working with hospitals, rehabilitation centers, nursing homes, public schools, and home health agencies. These were the initial practice places where getting patient cure was the only goal. From there onwards, new treatments have been developed to treat the patient with utmost satisfaction and safety. Every problem has an expert who is well acquainted in their respective therapy and assures that the patient gets back from their sickness and recover to their daily routine. Due to the competition in the market, the therapist needs to be well versed with the maximum knowledge to treat their patients and give them a life that is pain-free and enjoyable. It is compulsory for all the therapists […]