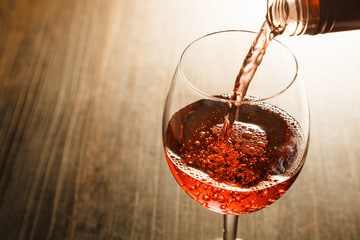 Cardiovascular disease is the number one cause of death in the US and other industrialized countries, and it is fast becoming a major health problem in developing countries, too.
Recent research into the gut microbiome suggests that it holds the key to many health issues, and now it appears that it could have an impact on the development of atherosclerosis.

Atherosclerosis occurs when plaque, which consists of fat, cholesterol, calcium and other substances, accumulates in the arteries. In time, the plaque hardens, restricting the arteries and limiting the flow of oxygen-rich blood. This can lead to heart attack, stroke, vascular dementia and even death.
Atherosclerosis can also affect the arms and legs, the pelvis and the kidneys, and it can lead to a range diseases involving the arteries.

Resveratrol is a plant compound that occurs naturally in peanuts, grapes, red wine and some berries. It is a polyphenol, believed to have antioxidant properties that may protect against conditions such as heart disease, cancer and neurogenerative diseases.

Researchers, led by Man-tian Mi, PhD, of the Research Center for Nutrition and Food Safety in Chongqing, China, wanted to find out more about how resveratrol might protect against atherosclerosis.
They carried out a series of mouse experiments to investigate how resveratrol might alter the bacterial community in the gut in a way that could provide such protection.
Findings showed that resveratrol reduces levels of trimethylamine-N-oxide (TMAO), known to be a contributory factor in the development of atherosclerosis. It also inhibited the gut bacteria’s production of TMA, which is necessary for the production of TMAO.

“Our results offer new insights into the mechanisms responsible for resveratrol’s anti-atherosclerosis effects and indicate that gut microbiota may become an interesting target for pharmacological or dietary interventions to decrease the risk of developing cardiovascular diseases.”

The findings suggest that, in future, a natural polyphenol without any side effects could be used to treat cardiovascular disease.

According to Oregon State University Micronutrient Information Center, humans absorb resveratrol well, but since it is quickly metabolized and eliminated, its bioavailability is low.

Though everything that has an advantage also has its disadvantage as we all know. The negative effects of red wine are also known and I would keep you updated on that very soon.

I love to hear from you, your comments strengthen me to write more, give me more of them so that I can write more.