Why Is Deep Vein Thrombosis So Underdiagnosed?

You may have heard about deep vein thrombosis, but do you know what it is? Do you know that this condition is regularly missed entirely or misdiagnosed? If not, this article is for you. We’ll touch on what chronic DVT is, possible treatments for it, and why this condition is so often misdiagnosed. This can be a life threatening condition if it isn’t treated properly and quickly.

What is Deep Vein Thrombosis (DVT)?

DVT is a medical condition where a blood clot forms in the body’s larger veins. It is estimated that roughly 60,000 to 100,000 people die each year from DVT, and an estimated 900,000 people are affected each year. This clot can form in response to trauma, slower blood flow through the area, damage to the blood vessels, or if you have a condition where your blood clots too much. This clot or thrombus will break off and travel throughout the body to one of the lung’s arteries. If this happens, you can suffer a pulmonary embolism, which is a life threatening condition.

Once you have been diagnosed with this condition, there are treatment options that your doctor will recommend you begin immediately. The primary treatment for DVT will be to start on blood thinners, which are also known as anticoagulants. This treatment will stop additional clots from forming in your body. You may also get a stent implanted inside your vein. A stent is a filter that will catch any clots before they travel to your other organs.

They may also recommend graduated compression stockings to reduce any swelling you may be experiencing. Finally, they may recommend preventative measures like daily leg exercises to reduce your risk of having your DVT escalate into something worse. 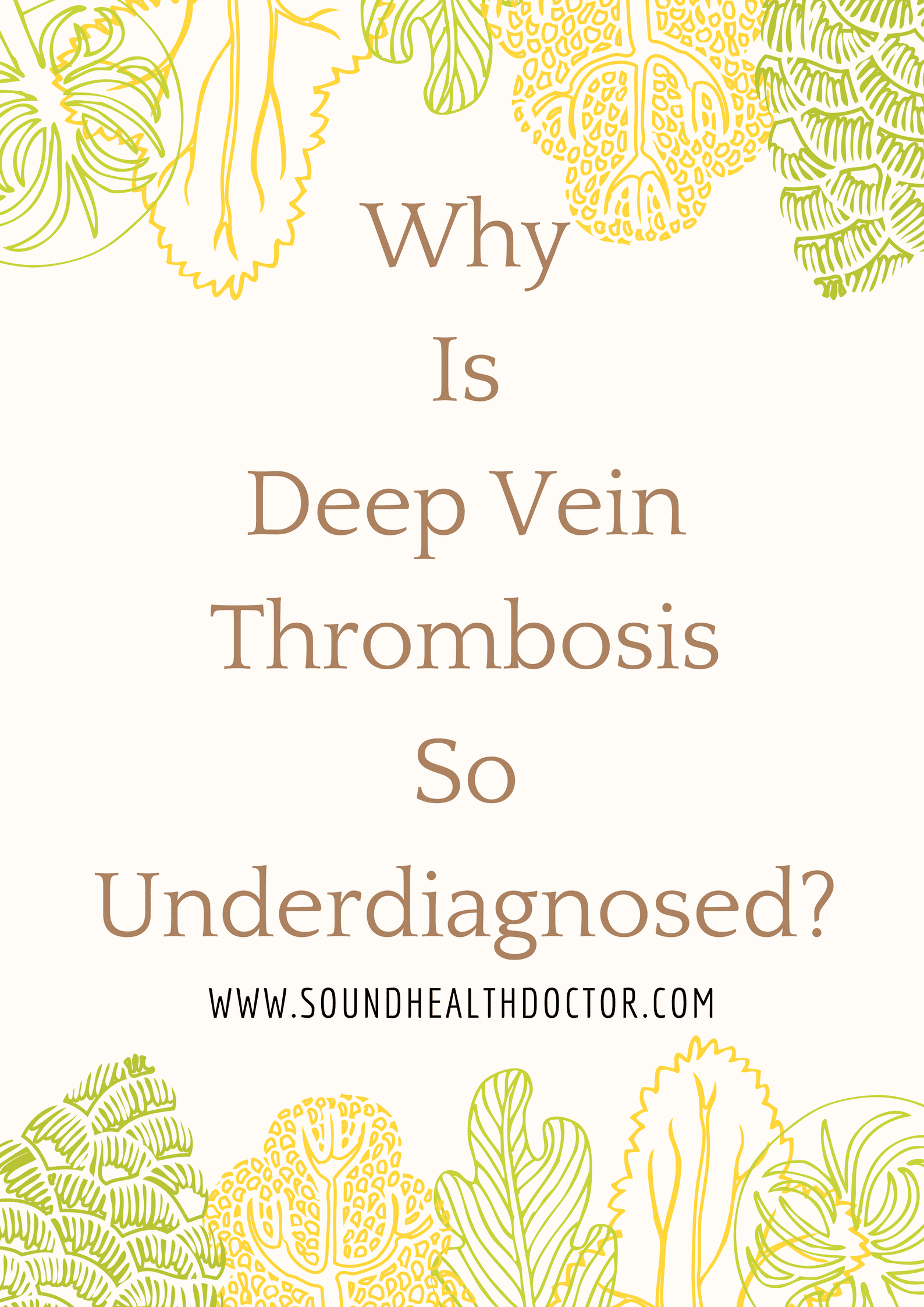 Why is DVT Misdiagnosed or Missed?

Several factors go into DVT being missed completely or misdiagnosed. Many times, the physician treats outward symptoms, and nothing prompts them to look inward for a bigger issue until it gets worse. A survey was performed by the National Blood Clot Alliance that showed roughly 80 percent of people who had DVT or a blood clot didn’t know they had it, and this makes it hard to diagnose.

Many people who present to their physician’s office will be subjected to clinical probability scores, also known as the Wells Score. If they score higher on this test, they may rule out DVT. Studies were performed, and it showed that roughly 2 to 23 out of every 100 people who were subjected to the Wells Score will miss a DVT diagnosis. These statistics can be devastating because if your condition is misdiagnosed, you have to live with it until your condition worsens.

The Patient Doesn’t Have Symptoms

Internal Problems Are Not Checked At Routine Doctor Appointments

At your typical doctor appointment, your doctor doesn’t check for internal problems unless you indicate something is wrong. They check and treat external issues you may be having, and you can’t tell DVT by simply looking at it. You need ultrasounds and other tests to confirm it.

An Ultrasound Can Miss the Clot

Even though ultrasounds are one of the main ways to diagnose a clot or DVT, it isn’t perfect. The ultrasound machine used a probe to detect any anomalies like a clot, but the probe can slide off of the wall of the vessel. If it does this, it can and has resulted in a false negative result.

Clot May Be Smaller

Even if you have an ultrasound, the size of the clot will play a large role if it is seen or not. If the clot is smaller, it is easier for the radiologist to miss while they’re doing the ultrasound. If the technician is less experienced, this could also play a role in the clot being missed.

Symptoms Can Be Attributed To Other Things

The symptoms of a clot or DVT can be misdiagnosed as other medical conditions because things like swelling and tenderness could be attributed to an injury, chronic conditions, or trauma. If this happens, most physicians won’t run further tests, and this is where the DVT can quickly get worse.

An X-Ray Is Less Likely To Catch A Clot

If people present to their doctor’s office with pain and swelling, the doctor may order an x-ray of the area. Since they’re not looking for a clot, but more for trauma or injury, it’s easy for both the doctor and the radiologist to miss any clot that may be present.

Deep vein thrombosis can be a life threatening condition, and it can become deadly if it isn’t caught and treated quickly. A patient has to be their own advocate and push for their physicians to take a closer look if they feel that something is wrong. This condition can have massive repercussions if it goes untreated, and early prevention is the key to treating DVT.