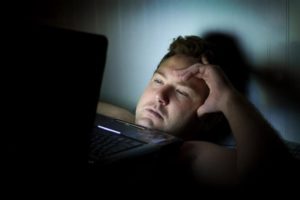 There’s no escaping the fact that up to 64 percent of Americans drink a cup of coffee every day.[1] Most people from the 64 percent consume untold amounts of caffeine from either coffee or other energy drinks.

Excess caffeine can cause some serious damage to the brain. In this post, we will discuss how ignorant we are concerning the horrible effects of caffeine on the brain.

Let’s look at an example of Tom Brady, an American football quarterback for the New England Patriots of the National Football League. He is known for being a health and fitness nerd. In his interview with WEEI he said he has never had coffee in his entire life.

“No, I never had any coffee or anything like that, I just never tried it.” Yet we go on ignoring the ill-effects of caffeine on our brain and consume more than the recommended amount.

Following are the ten negative effects of caffeine on the brain :

1) Caffeine can cause headaches and migraines

Caffeine can trigger migraines in some individuals who are sensitive to it. Factually speaking, every individual suffering from migraines has his own set of unique triggers. Common triggers are alcoholic beverages, caffeine, stress, and sudden exposure to bright lights.

Furthermore, caffeine can cause headaches if consumed in excess. But if combined with paracetamol, it can actually relieve headaches and migraines.

Also, Excedrin is a popular drug(in the United States) used to treat headaches occurring from a migraine(each tablet contains 65 mg of caffeine).

The inclusion of caffeine as an ingredient in Excedrin shows that it can be helpful in short term relief but it’s better to not use it for a longer period of time.

Consumption of coffee or caffeinated energy drinks won’t necessarily give you headaches but they can act as a trigger if you already suffer from migraines.

The maximum amount of caffeine consumption recommended by medical professionals is 400mg per day for adults and 200 mg per day for teenagers. A 30 ml shot of espresso has 212  mg of caffeine. Anything over 400mg is considered overdose and can be fatal. By the way, it can even kill a person, as it has in the past.[1]

For instance, an 18-year-old woman was found dead in her home. She had overdosed on over-the-counter sleep inhibitors(each tablet containing 200 mg of caffeine). Her autopsy results showed excess amounts of caffeine accumulation in the blood and vital organs. 276ug/g of caffeine was found in her brain. The cause of her death was identified to be fatal caffeine intoxication.[1]

3) Caffeine consumption can lead to increased anxiety and depression 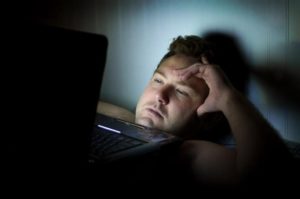 Excess caffeine consumed from a source like coffee or energy drinks can leave you feeling shaky and nervous for hours. Usually, people like to have coffee in the morning without having a meal prior to it or when they are sleep deprived.

Coffee is best avoided in both the above situations, as it can create more problems for you by stimulating the nervous system even further. The best way to deal with anxiety and depression caused by caffeine is to have plenty of water to flush it out of the system and get good quality sleep.

4) Coffee does not actually improve productivity— it just keeps you awake.

A study done by American Academy of Sleep Medicine shows that caffeine does not help improve productivity as much as people think it does. If consumed in appropriate quantity for three days straight, it only provides an initial boost of energy for two days. And will have no effect from the third day onwards.

Generally, people fall for its short term benefits and end up consuming more than the recommended amount. Instead of using caffeine as a pick-me-up drug, they get addicted to it. Excess caffeine can accumulate in the vital organs( including the brain) and cause organ failure.[1]

Caffeine is traditionally used as a brain stimulant. As a result, it can help a person stay awake and alert for a few hours after consumption. Its usage in energy drinks and gym supplements has made it popular among youngsters needing a pick-me-up.

Caffeine acts as a vasoconstrictor in the brain, it makes the blood vessels shrink up. This is why our brain functions with more agility after its consumption.

But when you try to quit it after prolonged usage, it makes the blood vessels to expand abnormally. Hence the headache and pounding as a symptom of its withdrawal.[2] 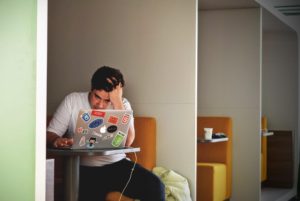 Some people don’t see caffeine as a serious kind of a drug. Of course, it is not as potent as a narcotic drug and people won’t be called a crack-head if you do get addicted to coffee or energy drinks. But for a heavy caffeine consumer, it can take nearly as much as six years to get rid of the impulse for it.

Whenever you are dependent on a drug to make you feel normal or start your day off right, you are addicted to it. Moreover, if refraining from it causes the individual to have addiction withdrawal symptoms, it unquestionably fits in the category of an addictive drug.

Caffeine consumption increases levels of adrenaline and norepinephrine (stress hormones) in the bloodstream. Adrenaline is produced by adrenal glands (They are found above the kidneys). Caffeine stimulates these glands to produce an excess amount of adrenaline. As a result, it makes you feel a little edgy and restless.

When the adrenaline levels come back to normal, you feel fatigued, irritated and confused—  this gives you more reasons to have another cup of coffee.

A clinical study of 62 patients with restless legs syndrome indicated caffeine to be the root cause behind their habit of tapping feet uncontrollably.[1]

In conclusion, caffeine was found to be responsible for increased nervous system arousal in these patients. This arousal generated excess energy which resulted in the toxic sensory experience of restless legs.

Like any other stimulant, caffeine restricts blood vessels which reduces the amount of blood supplied to the brain. Due to the lack of essential nutrients to the brain, you feel dizzy.

Every person has a certain tolerance level to caffeine, which, if and when exceeded can cause a lot of head-related issues like dizziness, irritability etc. In conclusion, everyone shows varied effects of caffeine on brain.

Caffeinated beverages have been linked with risk-taking behaviors in children and teenagers. It makes them perform things(extreme sports, stunts, experiments etc) that seem dangerous to a fully sober person.[2]

In a study done by University at Buffalo, Buffalo, NY, USA, two groups of children aged 8-9 and 15-17 respectively were offered a beverage containing 0, 1, or 2 mg/kg of caffeine.  These children visited the laboratory three times a week.[3]

They were given a balloon analogue risk task (BART) half an hour after they consumed the drink. They exploded more balloons after having 2 mg/kg of caffeine compared to the time when they had less amount. This study was specifically done to prove that the consumption of caffeine influences our decision-making ability and makes us do things we regret later.

10) Mental health problems due to the consumption of energy drinks. 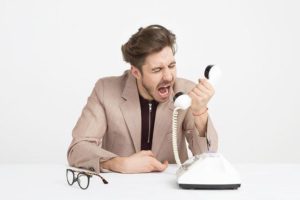 Energy drinks are marketed in a way to portray them as the go-to solution for tiredness and exhaustion. Youngsters and amateur sportsmen are their biggest customers around the globe.[1]

A study done in August 2018 involved members of armed forces of the United States who suffered from mental health problems, aggressive behaviors, and fatigue.

Researchers wanted to know if there was a link between their mental health problems and consumption of energy drinks( which was extensive among service members).

Results showed that, one in six(from a total of 627) members had mental health problems, aggressive behaviors, and fatigue which was directly linked to their caffeine consumption during combat deployment. In conclusion, negative effects of caffeine on the brain of these individuals were the reason behind their insubordination.

We at (soundhealthdoctor.com) have noticed these negative effects of caffeine on the brain in the latest research papers on it.

What changes have you noticed after having a couple of cups of coffee or your favorite energy drink?

I would love to hear all about them in the comments!

[1] “Americans are drinking a daily cup of coffee at the highest level in six ….” Accessed February 19, 2019. https://www.reuters.com/article/us-coffee-conference-survey/americans-are-drinking-a-daily-cup-of-coffee-at-the-highest-level-in-six-years-survey-idUSKCN1GT0KU.

Leave a comment How does caffeine affects the brain, Is coffee bad for the brain