A Cased-Based Illustration On Cholera Outbreak 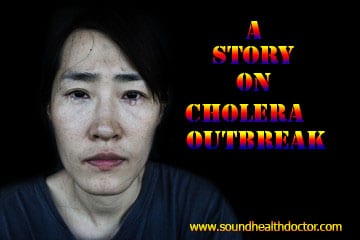 We bring to you a very touching illustration on how cholera outbreak affected a family. 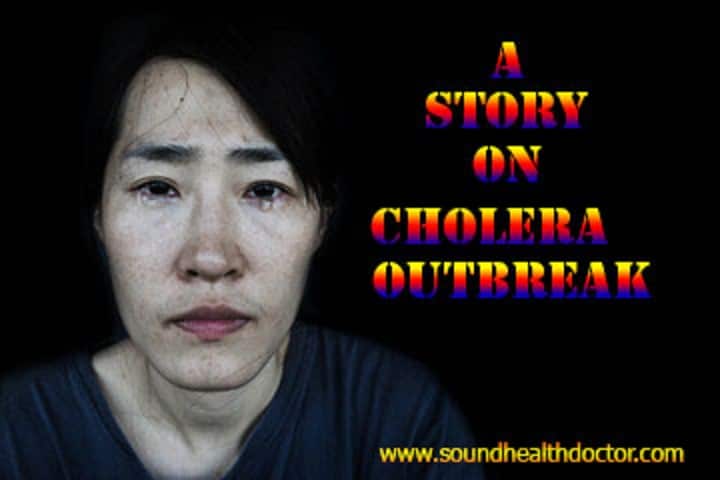 As we gaze out of our thatched window, I cannot tell what my sister sees. But I know I do not see the bald white man who has been talking to the same bored housewives for three days. I know I do not see the same loud women and their loud babies who have been attending this meeting since it started three days ago, hearing the same thing from the same men and women in white clothes with black ropes hanging from their necks, receiving things they don’t even know into their bodies. I don’t see them at all. What I see is my mother before the plague came into our house, before the war tore our village apart.

The sickness came into the village with the soldiers. They came in hundreds, bringing their sick with them and raiding our village. They took our possessions and our lives,not just with their guns but always with their `blue death’. My family used to be large. My father was favored by the gods. My mother had seven children, four girls and three boys. I was the second girl and the third child.

My youngest brother went first. Mother had gone out to look for scraps of food for us when I noticed my brother was weak and had been vomiting. His stool behind our camp looked like rice water. Mother was not there to give instructions so I confined my brother to bed and fed him with herbs from a nearby bush. Before the sun went down, my brother looked like an old man and before the moon was high up in the sky, my brother was no longer breathing.

Mother came home with the news of the `blue death’ ravaging other homes. She met my brother’s dead body and the fishy odor of his stool. Fear and despair cloaked our home that night. The day before, my brother had given me a headache with his noise making and now, he would never even whisper in my ear again.

By the next full moon, I had lost three more siblings to this blue death. It seemed to come with the sun,and we never knew who was next. Everyone was affected,even the soldiers.The accursed soldiers died of the plagues they brought with them, soon dead bodies littered the streets, each more disgusting than the last. The healers tried everything. They blamed the gods, the soldiers, the wind – everything! They prepared concoctions. They fed my siblings with ashes of plants and bled them. They fed them with opium and other teeth gnashing treatments. Still, no one recovered.

Mother died the same day my eldest brother did. By then, half of our village had been wiped out. I watched mother struggle with death and my sister battle to save their lives.

People from the big city called it CHOLERA. They said they were infected too and they recovered. They said the healers gave them a mystery concoction. If I could only get one of those healers, but the rains would not allow one to get even to the market. They also said they boiled the stream water before drinking it. I wondered why but I obeyed.

If only we knew about boiling our stream water before drinking and if only the white skinned healers came to our village fast, my mother would not have gone from choleric-always in charge, to cholerous-victim of blue death. 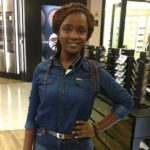 This article was written by Oduntan Oluwasanmi, a medical student at the College of medicine, University of Lagos.