Technology’s Impact On Healthcare : The Good, The Bad, And The Unexpected 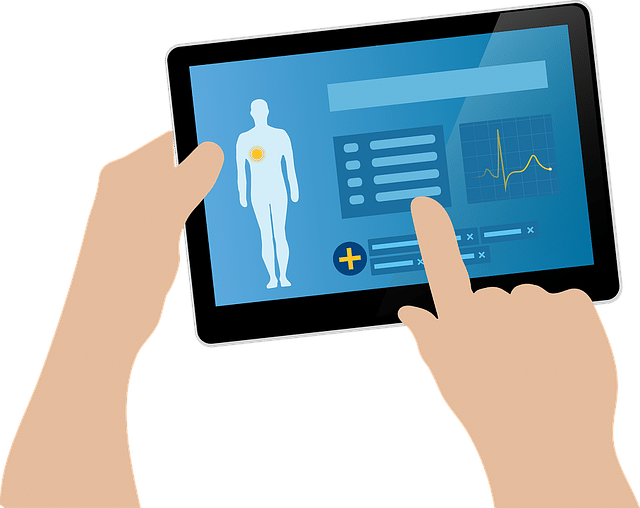 There are two sides to every coin—but there’s also an edge between them. This is an excellent metaphor for modern technology. While advances in technology have facilitated miracles in medicine, like effectively assisted cardiology, there are also downsides; such as physiological and psychological ailments like obesity, or mental health issues likewise deriving from an imbalance in technology usage. But on an unexpected note, technology has made itself even more intrinsic to modern medicine in that computational ability is now taking on a decidedly biological turn.

Ones and zeroes comprising binary code don’t provide enough cumulative data storage capability. From smartphones to laptops to GPS systems built into vehicles, there is a ubiquity of data in usage today. That data continues to grow, prompting technologists to seek more efficient means of storage. The role of big data in healthcare has been noticeable not only in storing confidential health data in understanding context in finding better .

What have they come up with? Well, hold onto your hat; they’ve discovered how to encode DNA such that it stores information. There were a few pictures and a bit of music encoded onto a strand of DNA and read using a sequencer—and believe it or not, this unexpected direction ended up yielding a successful outcome.

Will this be the direction of medicine and technology in the future? Will people act as their own biologically-derived hard drives? Is the film Johnny Mnemonic merely an unintended prequel to a modernity where our laptops, smartphones, and other web-connected technology use our very blood cells to store data? Well, who knows; but the idea of the cyber-organic—or “cyborg”, if you want to be cliché—is far from new.

Pacemakers, hearing aids, glasses, artificial hips, prosthetics, contact lenses, false teeth, fillings, braces—these are all, in a way, mixing mankind with that which is traditionally considered machine. In terms of , medicine and technology have been grasping hands tightly, fingers fully intertwined, for decades.

Yet somehow that grasp seems to be getting even tighter as the Internet of Things (IoT) reduces data storage complication, categorization difficulty, information retrieval and utility of acquired info. A physician can just keep an iPad connected to a secure hybrid cloud on him at all times, and have all patient information immediately available. Paper is saved, time is saved, and lives are even saved as procedures are expedited.

Such trends are moving even further, though. As it turns out, computational technology doubles on itself at eighteen-month intervals. If you had a computer with 128 bits of graphical interface processing power, eighteen months after that system was developed, one with 256 bits would be functional in a tech lab somewhere. Eighteen months after that, a 512-bit processor would be made by some tech lab.

Certainly, it takes time for such technology to trickle down to consumers and medical facilities, but owing to the nature of sickness, disease, and treatment, top-tier institutions have a vested interest in being at the crest of any tech wave sweeping through the upper crust of society. So where is the wave right now?

Well, recently, in the film The Artemis Hotel, a character had a liver 3D-printed on a machine and “installed” into his body. That may seem far-fetched, but it’s not; it’s on the horizon. 3D-printing techniques are making it possible for increasingly specialized parts to be manufactured in more than just medical areas.

For example, Weiss-Aug provides insert injection molding services that have become trusted in the automotive, electronic, and aerospace industries in addition to medicine. What this means is that the crazy scene from 1997’s The Fifth Element where a strand of DNA is used by a machine to totally re-build Milla Jojovich’s “Leeloo” isn’t that far off.

Certainly, it’s only been 21 years since The Fifth Element, but as technologists, scientists, and medical professionals work to refine what can be done with available tech, just such breakthroughs are fighting to push through pop culture into generalized mainstream utility. Star Trek of the sixties had “communicators”. Today’s smartphones make those communicators (supposedly from the 25th century) look like rinky-dink walkie-talkies.

Smartwatches exist where you can actually have a face-to-face conversation with someone via the web. The truth is, our world has changed substantially, and those changes just keep coming. Consider biohacking as regards pharmaceuticals to get an even more eyebrow-raising idea of the climate.

Have you heard of nanomachines? That is: mankind-designed machines that exist on the cellular level, and can be programmed for a specific purpose? Have you heard of quantum computing? Imagine nanomachines operating at a quantum level to work with the cellular structure in your body such that DNA may be rewritten to overcome ailments and facilitate more healthy functionality.

Crisper is a new device used to edit DNA by scientists. It’s just conceivable that a medically-derived panacea in the form of a nanomachine-bearing pill could be used to eradicate cancer in days or hours within the next ten years. If DNA, biohacking, 3D printing, and genetic augmentation can be perfected, a person who lost a limb may be able to stick their stunted extremity into a cylindrical device similar to an inflatable blood pressure machine in a department store and grow their limb back—provided their healthcare can cover it, of course.

The sky truly is no limit in today’s exponentially exploding medical/technology atmosphere, and barring some globally-impacting event, such growth will continue to make increased advances not just possible, but integral to the modern world. So. What will the future truly hold?

No one knows; but it’s just conceivable that our children’s children will be born in a medical facility where a medical technologist will ask the mother whether their child would prefer the T-Mobile, Verizon, or AT&T nanomachine gel-cap for social integration; and that on some family insurance plan. There are good, bad, and unexpected changes on the horizon deriving from medicine and technology. It makes sense to keep yourself contemporary with the new possibilities!